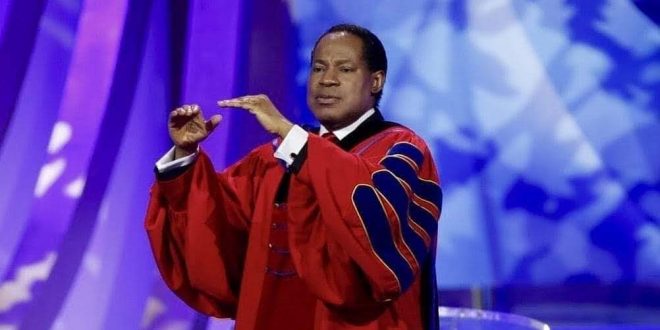 THE YRAR OF THE GATHERING CLOUDS.

THE YRAR OF THE GATHERING CLOUDS.

Each person is symbolically is referred as a tree and as a cloud, so much so that the Bible told us that as Jesus ascended, the Old Testament saints that we’re waiting for him (Jesus brought them out of hades at his resurrection and appeared to many) in the heavenlies. Acts 1:9.

Here he wasn’t talking about the clouds that you have in the sky, but what we have in Hebrew 12:1… and these he talked about in Hebrew 11, which we call “faiths hall of fame”. These are the cloud of witnesses that received Jesus.

This is the cloud of people, each with his own glory… these received Jesus, and he led them into heaven.

Notice what he tells us in John 7:38: if you believe the way the Bible tells us to believe In Him, out of your belly will flow rivers of living waters. This is so powerful. We carry water, living waters.

Isaiah 45:8…From the heaven, the cloud receive, drip down, rain down righteousness. Let the earth open wide and let salvation spring up and righteousness flourish with it.

Understand that all the blessings that the Jews will enjoy in the millennium, we are already enjoying in Christ. Out of us proceeds living waters…the Holy Ghost is the fountain (Jeremiah 2:13). So when the Holy Spirit comes to live inside you, these gushers of the words of life come out of you. There are two things that characterizes our words: righteousness and salvation. Our words leads men to salvation and bring them righteousness. Isaiah 55:11.

This is the same cloud that entered Solomon’s temple, and lead Israel all through the wilderness, and he now lives in you..and out of your belly shall proceeds rivers of living waters.

Put a premium on words. Too many Christians misuse words. Jesus said by words you shall be justified or condemned; and every meaningless words will be accounted for.

Our words matter to God. God talks to the nations through us. we are his witnesses to all the world. When we speak it doesn’t go without fulfilling its purpose.

Ephesians 5:24-26
The word is water. And that water is rhema (the spoken and uttered word). The word resides in your heart as logos, and until you bring it forth it isn’t powerful. It comes as living waters which cleanses and purifies, produces righteousness and salvation.

Now in 2022 our clouds are gathering upon the earth bringing forth righteousness and salvation. The earth is commanded to hear us. And righteousness will spring up as we have spoken from every nation. So our clouds are filling all the nations of the earth. Because of these words coming out of us, throughout the word, it’s covering the whole world. Even in your rhapsody, read it out!

There Are Three Levels Of Meditation:
1. In your heart
2. From your lips
3. When you shout.

Read out those inspiring words in the rhapsody. Read them out into the spirit realm. You are the vent of the Holy Ghost. This is leading to the in-gathering, because there is an exact number that God is waiting for.

1 Chronicles 12:22
This is what we are seeing now..Ministers of God in their millions working together; saints of God jointly distributing rhapsodies in their millions. It is the Holy Ghost causing his word to come to pass, just as he did concerning the words spoken of David.

Romans 11:25(AMPC)
The reason Israel as a nation haven’t accepted the gospel now(they will all accept him when he comes back, after the rapture) is because God has taken the message of salvation to the gentiles, because there is a specific number of the gentiles that He wants as the in-gathering.

Brothers and sisters, 2022 is very significant. And when these number of the gentiles has been gathered in, the Lord will return.

1 Thessalonians 4:14-17
Rapture is coined from the word “caught up”, and it is not a process. 1 Corinthians 15:51( you have heard people say that everyone will die; this scripture refutes that. Not everyone will die. Just like when the Bible says that as it appointed to man to die once, Jesus had to die once as the perfect sacrifice. The Old Testament sacrifices were done over and over again. Jesus had to die once because the people he died for don’t have to die twice and thrice.) There will be two trumpets…the first will be for the resurrection and transformation for those who died in Christ, and the second trumpet is for those of us who are alive and remain will be transformed and caught up with them.

So, you may ask, what’s the time difference between us and them in terms of being caught up? Are we going to be chasing after them? No! We will appear with them in the cloud and meet the Lord in the air.

Worship him and give him thanks.

I am the tree of righteousness; I am water carrying cloud; I am a cloud of glory.

This is God’s determination concerning you.

Previous REPAIR IT WITH THE WORD!
Next THE LORD HAS GIVEN ME AN UNDERSTANDING 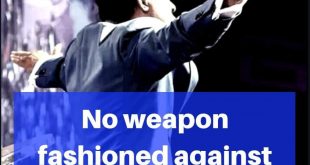 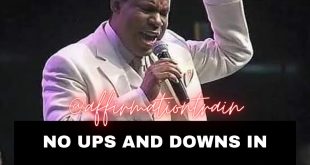 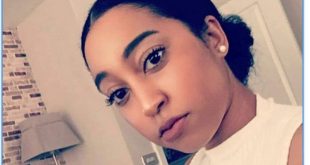 THERE’S NO DEFEAT IN MY PATH… 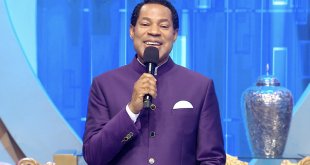 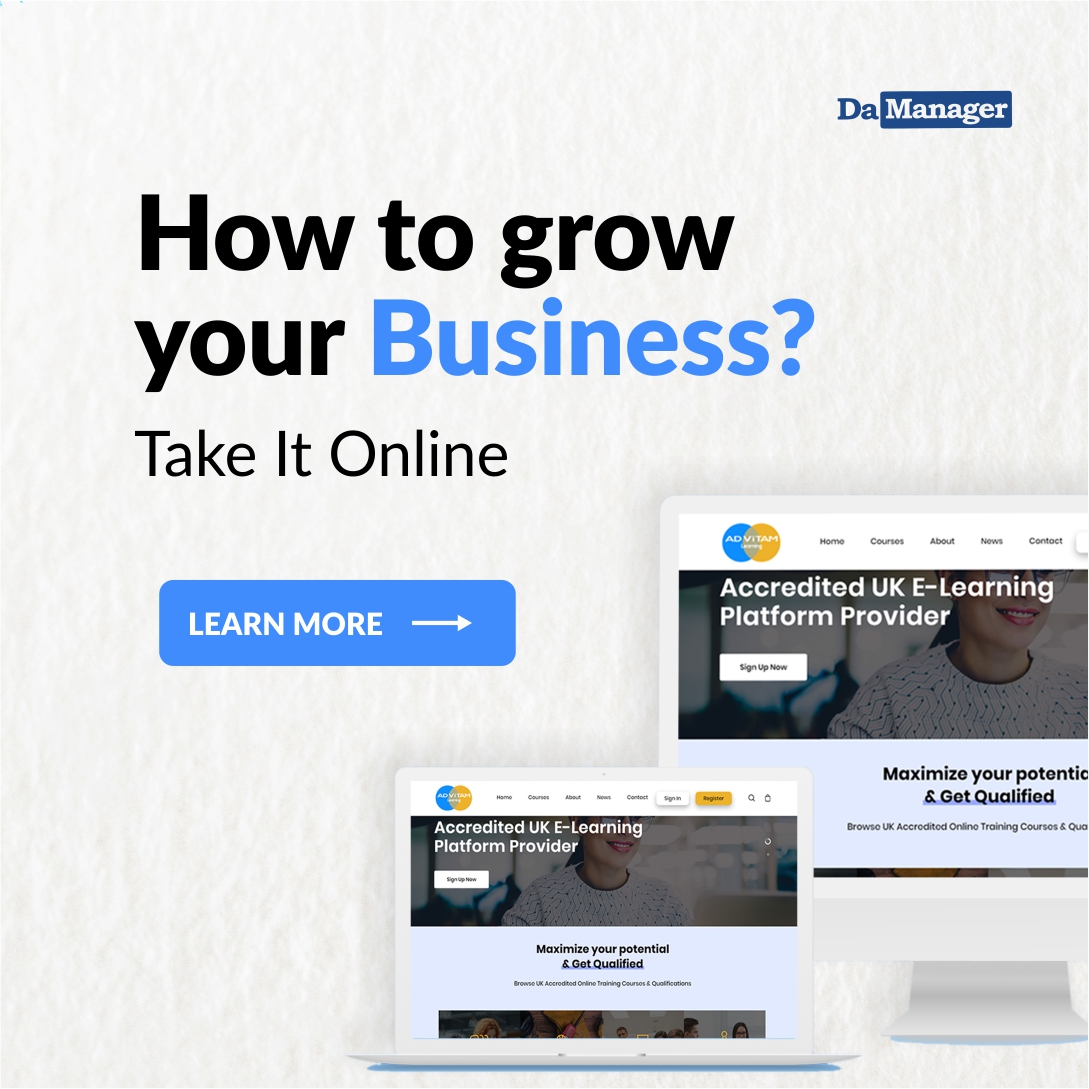